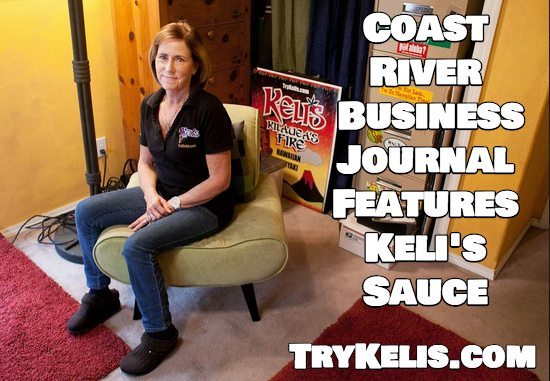 The founder of Keli’s Sauce Co Terry Morrisey was recently featured in the Coast River Business Journal.  The CRBJ is the premier business publication on the North Oregon Coast.  Keli’s Sauce Co is proud to call the North Oregon Coast home and we were excited to share our story with the CRBJ.  Keli’s Sauce Co started as a small home based business, and has now grown to sell sauce to customers around the world  A small snippet of the article is featured below, or you can click through to read the full write up.

This Gearhart company even distributes its products in the islands.

GEARHART — The flavor of Hawaii flows to Northwest markets thanks to a coast-based business selling sauces made in Beaverton and based on a recipe picked up in the Marshall Islands decades ago.

It’s not as complicated as it sounds.

Terry and Jim Morrisey were working as teachers in Majuro in the Marshall Islands in the 1970s.

“That’s where we got the recipe for the sauce,” Terry said. “The Hawaiian family that took us in had this sauce and fed it to us.”

When they came back they used it in the Stop & Go Market Jim’s parents opened in Seaside. The sauce worked well on teriyaki chicken, meatballs and other items.

It was a hit with customers who wanted to buy just the sauce, and soon they were selling cups of it for $2.

In the 1990s the bottled sauce appeared on grocery store shelves in Portland and proved popular with customers.